What is an Aluminum Alloy

An aluminum alloy is a chemical composition where other elements are added to pure aluminum in order to enhance its properties, primarily to increase its strength. These other elements include iron, silicon, copper, magnesium, manganese and zinc at levels that combined may make up as much as 15 percent of the alloy by weight.  Alloys are assigned a four-digit number, in which the first digit identifies a general class, or series, characterized by its main alloying elements.

Lightweight, durable and highly recyclable, aluminum has become an essential element of daily life. As the sustainable material of choice, its applications span from everyday items like fuel-efficient vehicles, smart phones, zippers and foil.

Material with high strength after heat treatment but with low corrosion resistance. Working temperatures 100 °C material must be heat treated. Maximum operating temperature is 150 °C and under certain conditions is suitable for welding. Used for the manufacture of components withstanding medium or acute pressure, applications requiring high durability whilst under pressure or experiencing sharply fluctuating temperatures as with aviation components.

It is strong, with good fatigue strength and average machinability, but is not weldable and has less resistance to corrosion than many other alloys.It is commonly produced in several heat grades, 7075-O, 7075-T6, 7075-T651.

Material is distinctive for its excellent burnishing qualities and very good corrosion resistance. It is medium strength with excelent chemical resistance but resists hardening. Cutting tool suitability is low with the material in its soft temper and therefore the application is better suited to a harder material. Weldable with joints of superior corrosion resistant comparable to that of the original material. Very good plasticity in its soft condition. Used for medium tension construction purposes with excellent resistance to attack by sea water.

Anodizing quality in comparison to commercial quality comes with better surface structure.
The anodised surface is free of metallurgical defects such as casting strips or mechanical defects, which affects the final surface. 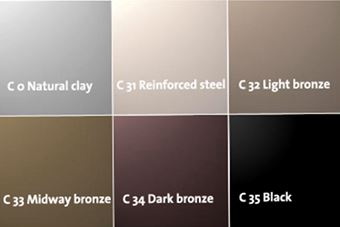 Aluminum alloy EN AW 6060 AlMgSi is intended for use for general construction purposes with emphasis on its good hot formability, good weldability, especially MIG and TIG methods, good resistance to corrosion in the atmosphere, but also in salt water and its machinability supported by the use of suitable cutting fluids and oils to achieve quality surfaces, especially in turning and drilling, and also with emphasis on its ability for further heat treatment such as precipitation hardening, solution annealing, soft annealing or hardening. Additional heat treatment is important for restoring or modifying the original strength characteristics of the material, for example after its hot forming or welding, when there may be up to 50% loss of strength in the temperature zone, especially when temperatures exceed 200 ° C. The strength characteristics are at the mean values of this class of silicon and magnesium alloys which support its ability to harden. The EN AW 6060 alloy is suitable for surface treatment by anodic oxidation with the expected result also for the category of decorative applications. EN AW 6060 alloy is also suitable for use in contact with food according to EN 602. The most common application of EN AW 6060 alloy is in profile and lattice constructions.


Standard metallurgical semi-finished products made of EN AW 6060 alloy are:

Material EN AW 6061 AlMg1SiCu is another in a series of precipitation-hardened aluminum alloys with magnesium and silicon which are characterized by very good hot and cold forming (except T6), then very good weldability in virtually all processes, including the resistance method, good resistance to atmospheric corrosion even in the conditions of the marine climate or in the atmosphere of heavy industrial production. Its machinability is conditioned, as in the case of the EN AW 6060 alloy, mainly by the use of sharp cutting tools and suitable coolants. EN AW 6061 alloy can be soft annealed and then heat cured. The standard heat treatment is solution annealing with cooling in water and artificial aging with cooling in air. The strength characteristics are higher than for EN AW 6060 and EN AW 6061 is mainly used in the production of mechanically stressed, welded structures exposed to atmospheric influences in general engineering, in the production of pipes and piping assemblies and also in the production of road and rail vehicles and ships. The EN AW 6061 alloy is suitable for surface treatment by anodic oxidation and can therefore also be used in the production of load-bearing elements for interior equipment and furniture.


Standard metallurgical semi-finished products made of EN AW 6061 alloy are:

Hardened alloy, medium strength, with excellent for welding and very good corrosion resistance.Has good plasticity qualities in an annealed state suitable when hardened.. Cutting tool workability in an annealed state is not suitable but is acceptable in a hardened temper. Used for medium strength components with long operation schedules in temperatures from 50°C up to 70°C, applications requiring specific technological properties, corrosion resistance, esthetic features, when in contact with food, high specification aviation and automotive components. 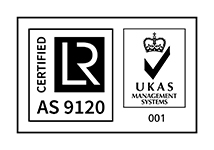 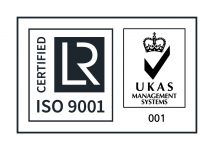